If you’ve met my wife, you’ll recognize her sharp-witted sense of humor in her description of our home as Hillsborough’s “oldest and coldest”. True to form, the warranty company never followed through on finding a contractor to look at our boiler. Their social media monitoring team was very quick to respond to my last post, however (thanks for reading!). Long story short, after a lengthy after-hours chat with the HVAC tech we called ourselves, we’ve decided to put the boiler out to pasture and start working on plans for a replacement system. I don’t have any clue where we’re going to come up with the money, but them’s just details, right?

We’re adapting, as evidenced by this photo of Weezie decorating the Christmas tree in her bubble goose jacket: 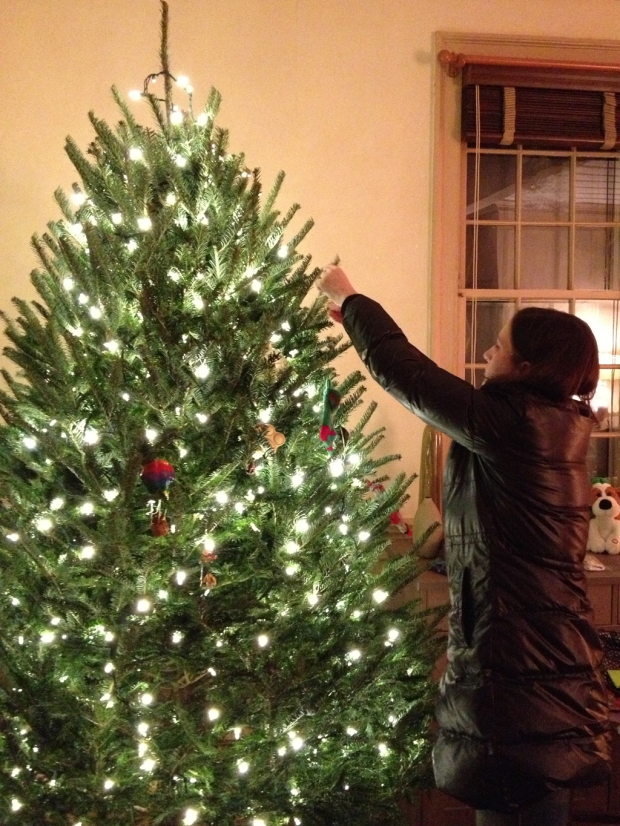 Fortunately, it hasn’t been cold the last few days, with temperatures rising into the 70s.  This gave the painters a perfect window of opportunity to get the siding painted.  After more than four weeks of prep work that consumed 75+ tubes of caulk, 70+ gallons of primer and required scraping 20-30 pounds of paint chips off the house, the workers brushed on most of the base coat in a day. 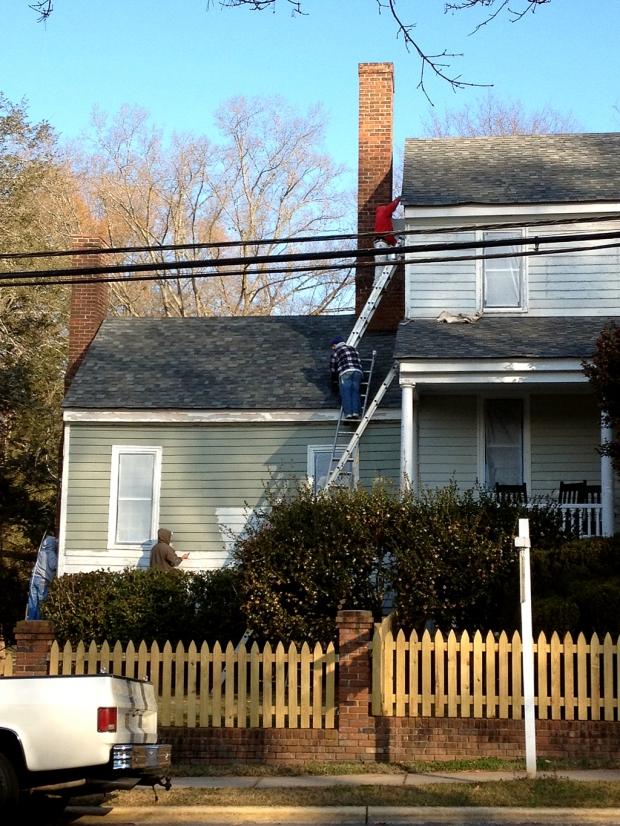 So far we’ve gotten plenty of positive comments about the color, so I feel like we did well.  I like it.

On Sunday, the second coat of paint went on with a sprayer, progressing even more quickly than the first.  As it turns out, the horse-drawn carriage rides for the Hillsborough Candlelight Home Tour depart from the front of our house, resulting in a rather disparate scene once the painters worked their way around front.  Apologies to all  holiday revelers whose photos feature this guy: 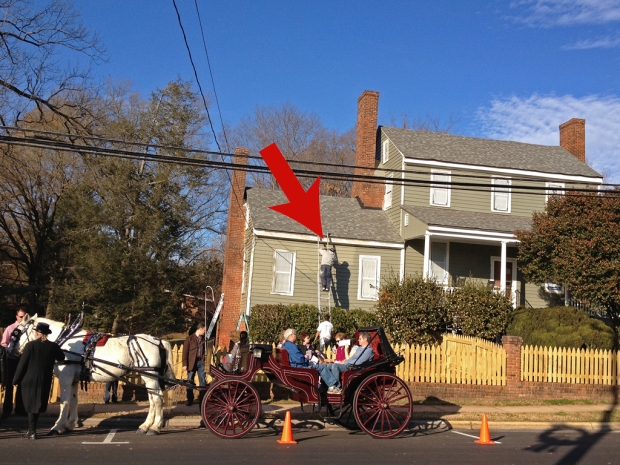 The tour, which showcased ten historic homes decorated for the season, was well-timed to sustain our hope that we too will one day count ourselves among those with a well-renovated, comfortable old house, with heatin’ and air and all the rest.  I’ll say this, though: our place might be the oldest and coldest, but it’s sure going to have one of the best paint jobs in town!