People are funny about plants.

As you know, I’ve spent a lot of time over the past months giving our yard a thorough and long overdue haircut. So long as I’m hacking away at a runaway wisteria vine or errant English ivy, I receive plenty of bravos, attaboys and well-ain’t-that-purtys. But the second I grab my pruning shears and step within 15 yards of a camellia or a boxwood or a magnolia, I pay witness to snail’s pace drive-bys, accompanied by menacing death stares.

Yesterday, I chopped back the boxwoods that line the entry walk and pruned up the gigantic camellia sasanqua tree that obscures the front porch. The boxwoods were huge, overly healthy specimens that gave the entry an unkempt, Southern gothic feel. As boxwoods often are, the bushes were victims of their own success, suffocating the woody braches at their core and choking off growth wherever the sun failed to reach. 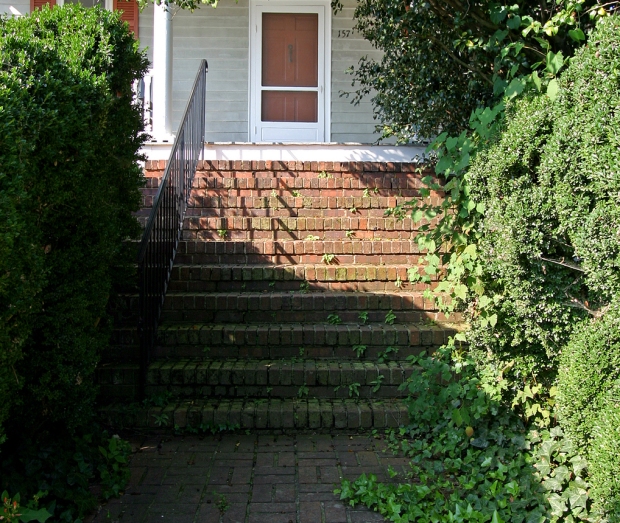 I did some research and discovered that the only way to get the bushes under control in a reasonable amount of time was to prune them back…waaay back…to a more manageable size during the colder winter months. They’ll look empty for awhile, but I’m told that new growth will emerge this spring now that sunlight and air can reach the inner branches. After they’ve filled back in, a regular pruning regimen will keep the shrubs to a manageable size, with the thick, billowy growth boxwoods are known for. 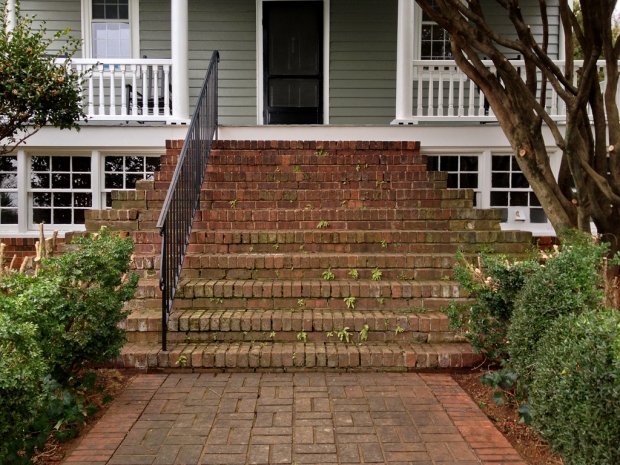 The camellia is a more perplexing puzzle. As I highlighted a few months back, the tree puts on quite a show in late fall, covering itself with light pink blossoms. But, it also hides half the front of the house and creates mildew problems on the front porch. Then again, I like how it arches over the front steps and the privacy it provides for the porch is nice. I’ve gotten the full range of opinions on how to deal with this tree. I’ve heard everything from “cut it two feet tall and it’ll make a nice bush” to “don’t touch it or you’ll feel God’s wrath”. I think the proper solution is somewhere in between these extremes. I’m going to take a slower, more methodical approach with the camellia, shaping it in such a way that it can continue to be a beautiful specimen, but minimizing its impact on the house. For now, I pruned the young, low braches so that the crown of the tree is higher up and away from the house. I figure if I keep doing this as the tree grows upward, eventually only the trunks will be in the way of the porch, making the house more visible.

All in all, I really like the more open feel of the entry area.  The 13 steps to the front door make for a suitably grand entry without requiring anyone to run a boxwood gauntlet.