The most important pieces of the project are done: our master bath is back on line and the new water heater is doing its job. But we’re still without an upstairs guest bathroom, the gas rough-in for the range isn’t complete, and the new vent hasn’t been punched through the roof.

A handful of minor hiccups stole momentum from the project. First, they couldn’t figure out how to connect the new chrome supply lines to the clawfoot tub in the guest bath. I was given the option of buying a new set of pipes for $250 to replace the supplies that I’d already bought for $150. Frustrated, I spent 10 minutes looking at fittings in the plumbing aisle at Home Depot, bought a $3 brass part and made the pipes work. I can’t figure out why the plumbers weren’t more embarrassed when I showed them the solution. 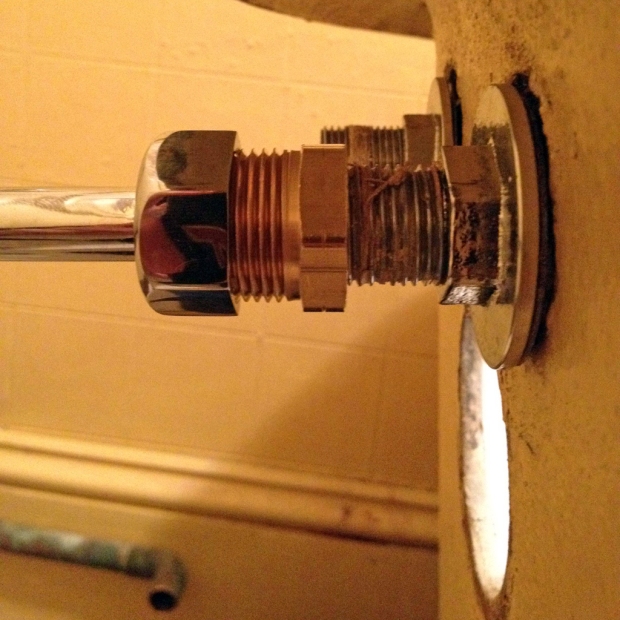 Last week the roofer that the plumber hired to make the hole for the roof vent was too scared to get on our house. You read that right: a roofer, scared of a roof. Matt (the lead plumber) and I agreed that the guy was not invited back to finish the job, even if he could find the courage to do it. Now, we’re waiting to be worked into another roofer’s schedule.

Owing to a number of weighty life distractions, I haven’t been nearly as annoyed as I should be about this whole situation. And instead of dwelling on my frustration here, I’ll just leave you with some random old house porn. Weezie and I were in Winston-Salem, NC last weekend and made a quick visit to Old Salem, a Moravian village started in the 18th century. I was particularly fascinated by the Fourth House, the oldest surviving structure in the village, dating to 1768. It’s a half-timber house, with wood posts exposed to the weather – a phenomenally bad idea in the warm, wet, termite-ridden American South. And yet, because old-growth wood is amazing, it still stands. 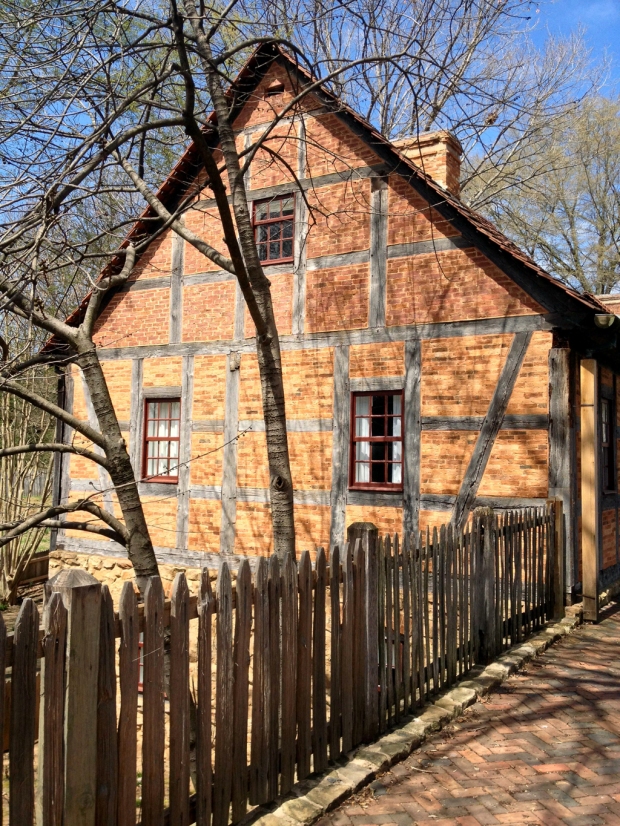 If you look closely, you can see roman numerals carved into the timbers that helped the carpenters keep the custom-fit joints organized when they were erecting the house.